Confetti in a Coalmine 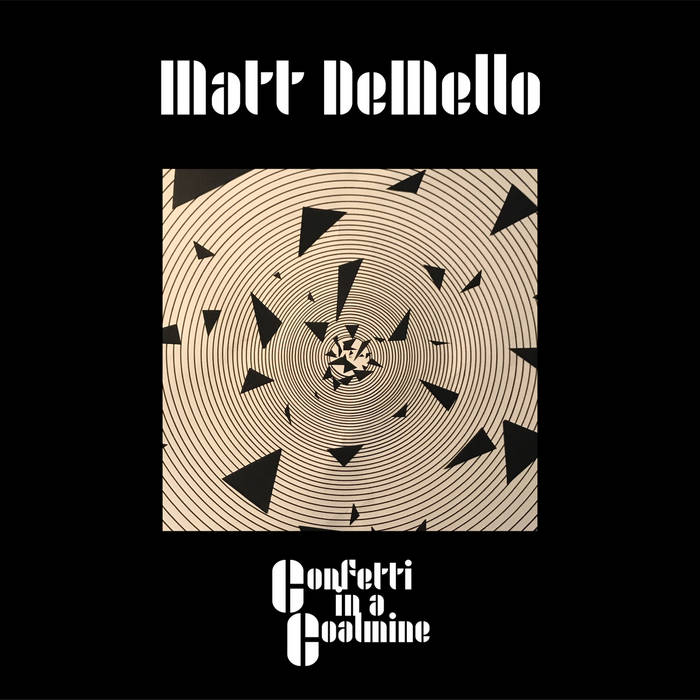 ehSteve One of those albums you find yourself coming back to, each time appreciating it more than the last. Favorite track: [A-Typical] Candidate (For Rampage Violence) ︻╦╤─.

Lloyde Olonko Yup! This guy can belt out a tune! Here is the perfect representative of the classic rocking swing that embodies the grit & glitz of NYC ☝ Favorite track: 💀💀💀 Like a Body In a Hearse <Butcha Gotta Catch Me First>.

Ian Cat DeMello's second "real" album is completely ridiculous. It's all over the place, but yet feels cohesive as a whole. Less of a smorgasbord and more of a cheap, dimly lit buffet with the staff watching what you're nervously deciding to eat, grinning madly as you put the greasy leftovers on your plate... there's nothing quite like it. Despite all the genre blending and shifting, it's all surprisingly focused and flows together like the soda from an old fountain at that weird buffet. Favorite track: Eight: mybrightestfl🔥me feat. Liz Wagner Biro & Monster Furniture.

"'Confetti in a Coalmine', sounds like Jonathan Coulton binging Van Dyke Parks after taking those pills from Limitless. Perhaps 'They Might Be Giants teaming up with Frank Zappa to write a musical' is a more apt comparison – as long as you also include references to Ben Folds, Todd Rundgren, Chris Opperman, and maybe a dash of Phish at their most absurd."
- Chris Ingalls, Pop Matters

"A demented carousel of musical genres and stylings that’s perfectly at home in a world of ongoing pandemic and ferocious, brainless scrolling... The unifying themes of irreverence, absolute disdain, and jaunty theatrics combined with DeMello’s musical charm and a slew of special guests make this LP a thoroughly entertaining and thought-provoking listen."
- Glide Magazine

"It’s an interesting time to be living in America, to say the least. DeMello sees the weirdness of our time and wrote ‘(A-Typical) Candidate [For Rampage Violence]’ as a response to the strange. In Zappa fashion, sometimes it takes an absurd piece of art to pull back the curtain."
- It's Psychedelic Baby Magazine

For Jennifer & Stephen, nothing but my *finest* hooks. -MMD-N(2B)

All songs (c) Francophile Music 2022 and available from Salieri Records